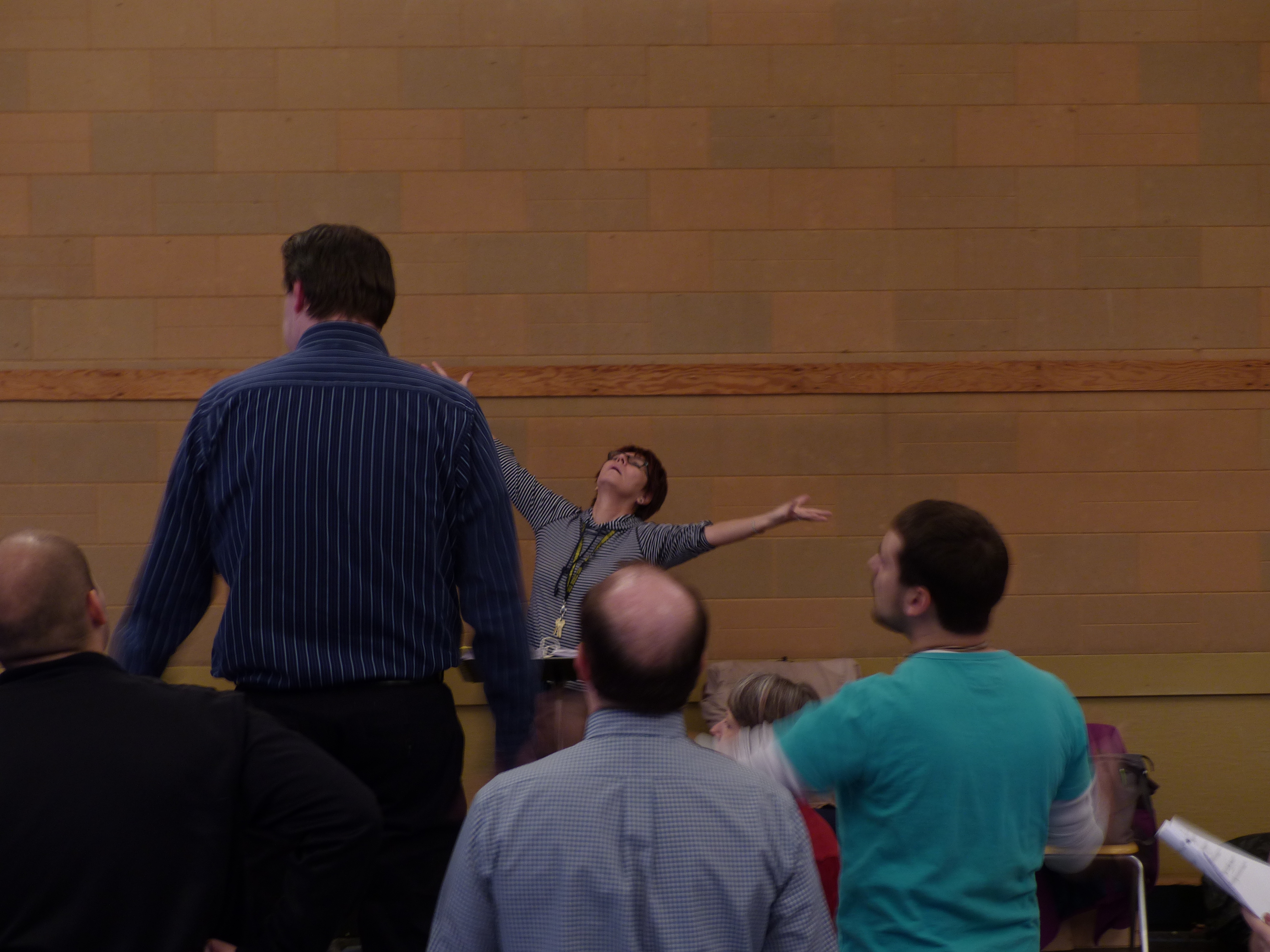 As we all know, Sheridan is quite the hub for what some would call “the arts,” which, from what we can gather, usually consists either of ballerinas or people in berets using the word “juxtaposition.” Now, that’s apparently not the case around here, as none of us here actually know what “juxtaposition” means, but there’s definitely still art, just of a more relatable genre. The productions put on by and in the Wyo Theater, for example, are phenomenal examples of art in Sheridan, by Sheridan, for Sheridan. One such production that is coming up starting this Saturday, October 22, is the annual Wyo Theater Gala, which is the theater’s fundraising event held each fall. Or, to be more artistic, each autumn.

This year’s production is Ken Ludwig’s Lend Me a Tenor with a cast of Sheridanites set to take the Wyo stage this weekend, with encore performances the week to follow. The show is painstakingly directed and choreographed by Marva Craft, native of Shell, Wyoming and long time resident of Sheridan. Marva is not alone in her efforts as she works alongside several other talents of our area, such as Musical Director Kathy McNickle, heading up the gala’s pit band, and Jeannie Hall Costumer extraordinaire. A whole slew of others have helped make this show a success in the past, and we are excited to see what they do this year. We had the opportunity to sit in on a rehearsal last week and take some photos as well as chat with a few cast members, and they had some exciting things to say about this year’s gala production. 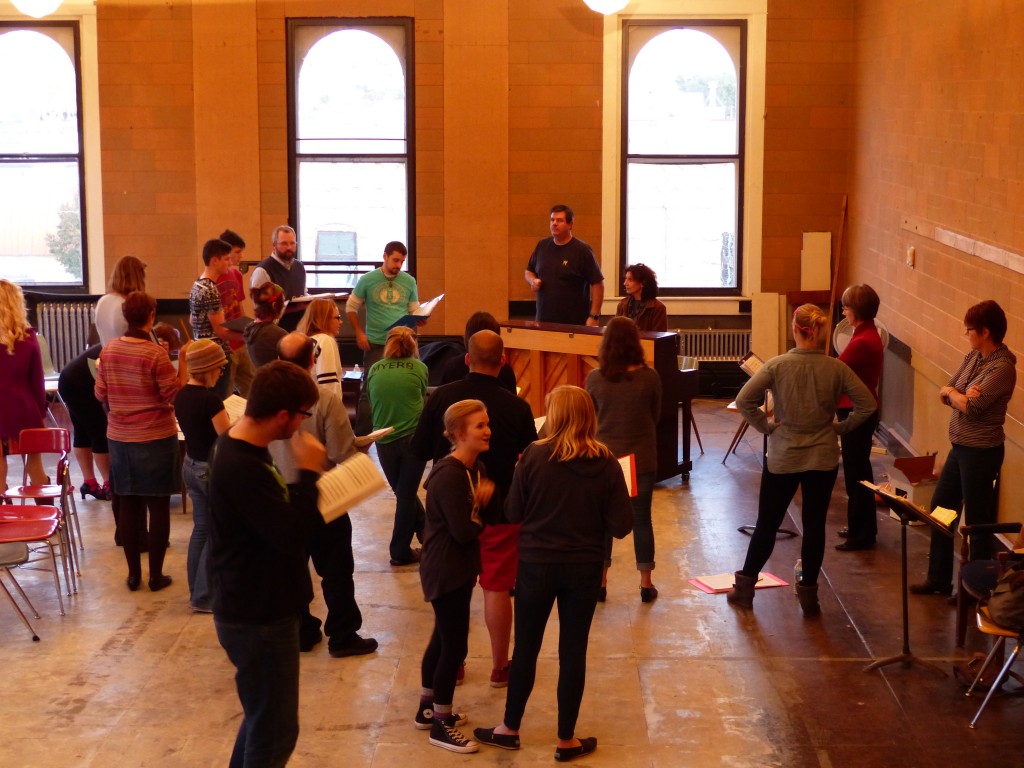 Kaleen Juergens is excited to be a part of her fourth gala production in a row at the Wyo, as this year is her largest role yet, allowing her to create a character that she can relate to and have fun playing on stage. “I always meet somebody new, and that’s my favorite,” Kaleen told us when asked what the highlight of her career as a gala actress has been.

“I love to create great music with great thespians,” responded Heather Heath when asked the same question. She’s a senior in High School this year, and, having been involved in several productions at the Wyo and SHS, she’s becoming quite the “thespian” herself. If you’re not using the word “thespian” at least weekly, you have some room for improvement. Thanks for being a great vocabulary role model, Heather.

In addition to all kinds of Sheridan talent, this year’s gala features Brekken Baker, who is a native of Sheridan, but she’s recently studied musical theater and voice in the big city. No, not Laramie, but New York, New York. Brekken has been a part of countless shows here in Sheridan, and she shared with us that she’s more than excited to be back participating in a local production with some awesome local people, and we’re certainly glad she’s back sharing her talents with us for a while. 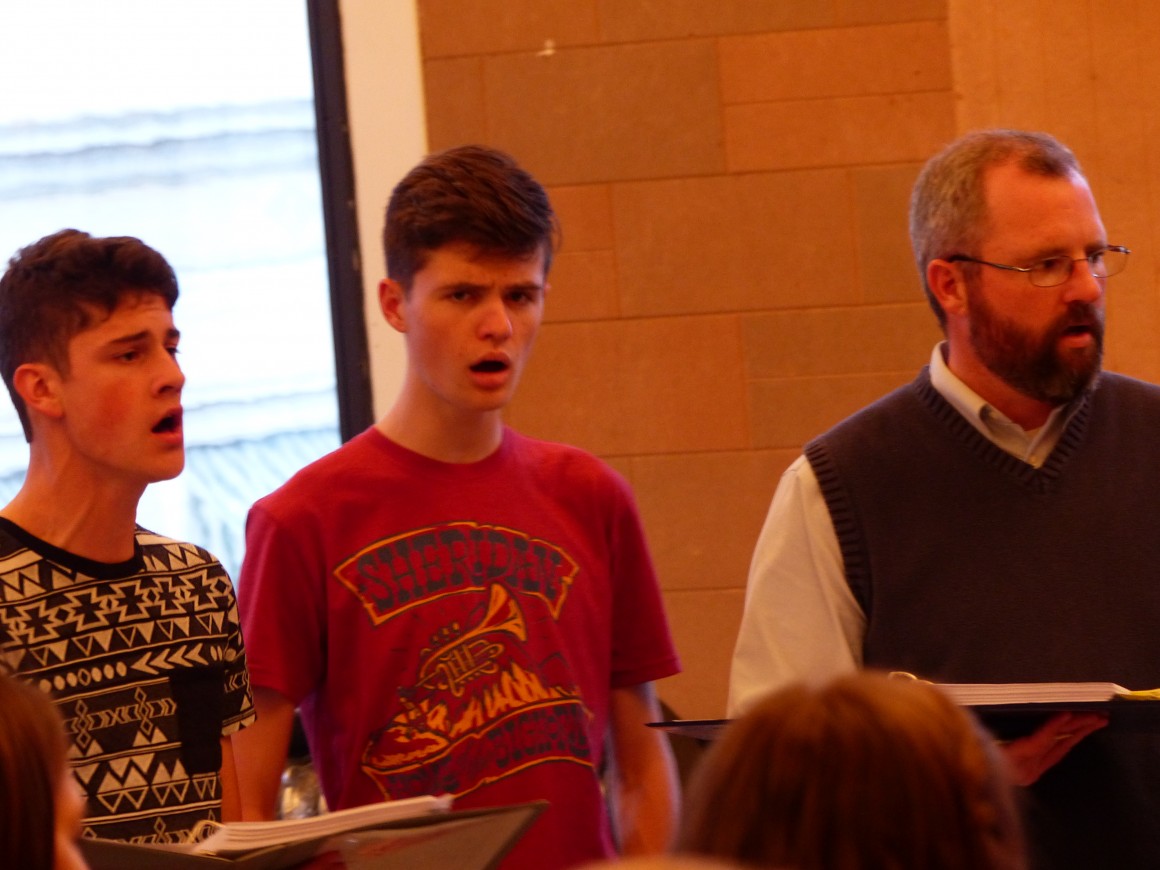 Another question we asked was about the director, the commander in chief herself, the marvelous Marva Craft. We asked Paden Koltiska (pictured above, left) what his favorite “marva-ism” is, and like everyone else we asked, he just laughed a little. “I love when she gets mad at us and we all kinda start laughing. She has to remind us that we’re supposed to be afraid of her.” From just one practice, we could tell how devoted Marva is to her cast and crew and to making the production a roaring success, which we have no doubt it will be. AJ Longhurst, who will play one of the leads in Lend me a Tenor, said his favorite marva-ism would have to be “her movements when she’s directing. She has these marva-isms with the way that she moves. She’s hilarious.” 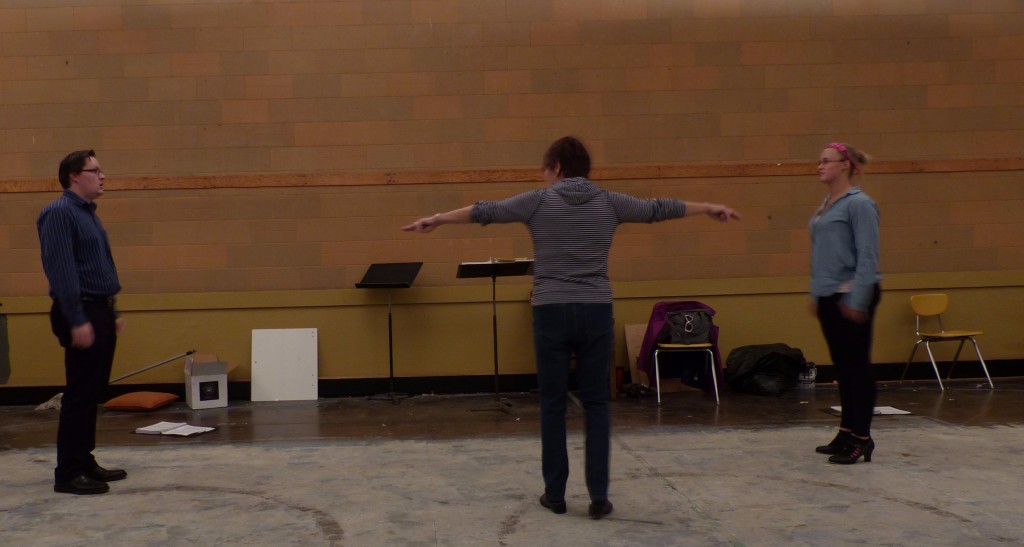 The big party is this Saturday, folks, so that means you need to find your way to the Wyo’s website and grab yourself a couple of tickets. Plans this saturday? That’s alright, the gala clan will be putting on shows next week as well, tickets can be purchased for that at the same site, or, of course, from the Wyo box office downtown. It’s right under the big sign that says “WYO THEATER,” trust us, you won’t miss it. This production supports the Wyo and all of those associated with it; not only are there a lot of them, but there’s not one who isn’t terrific. Show some love for your local arts, Sheridan, and go enjoy a great show. To send you off to the rest of your day, here’s Elijah White lasso-ing Tyson Emborg, who is unfortunately not pictured. 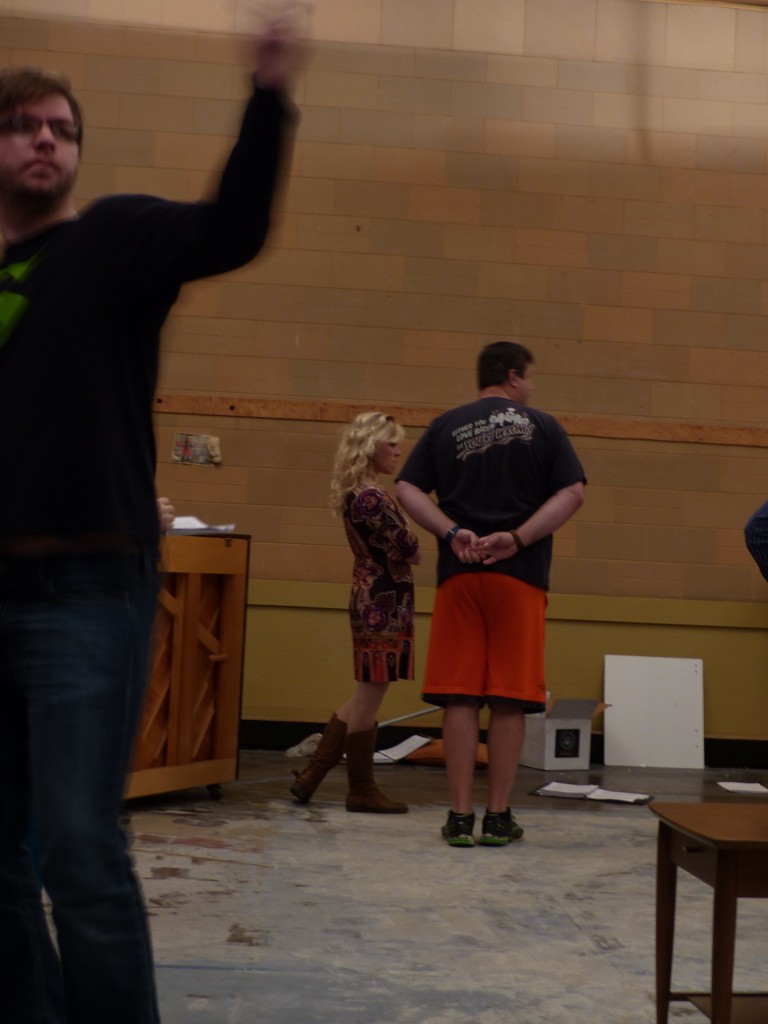 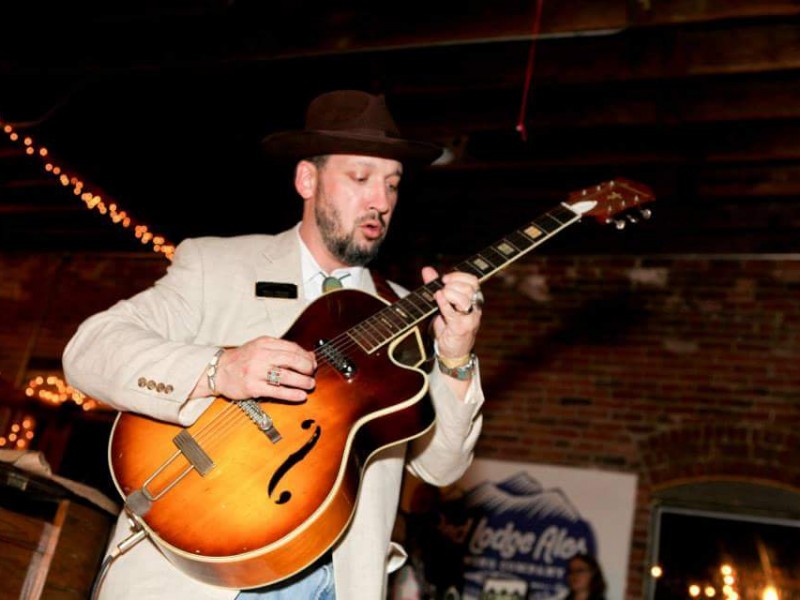 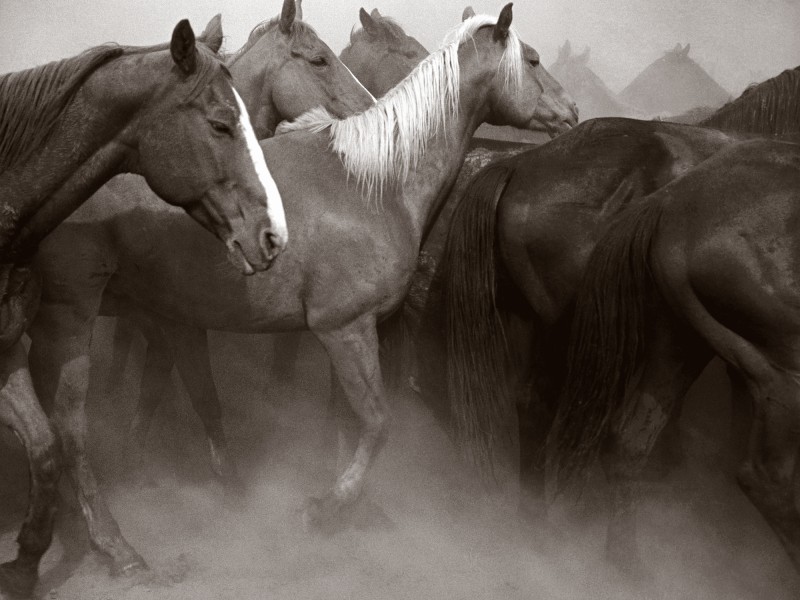 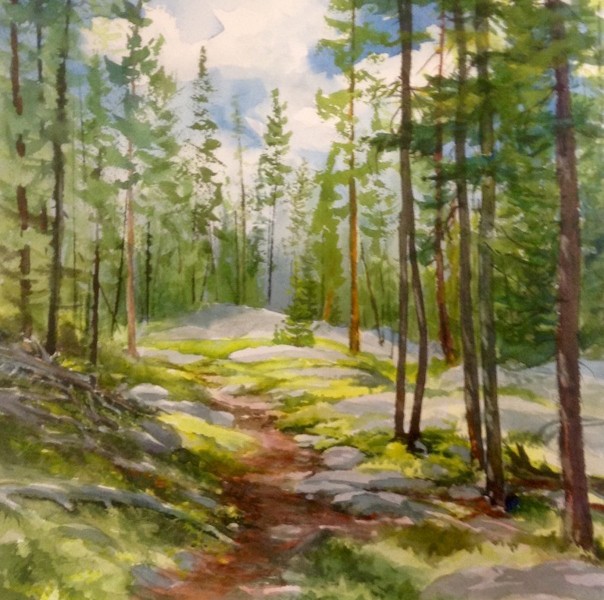